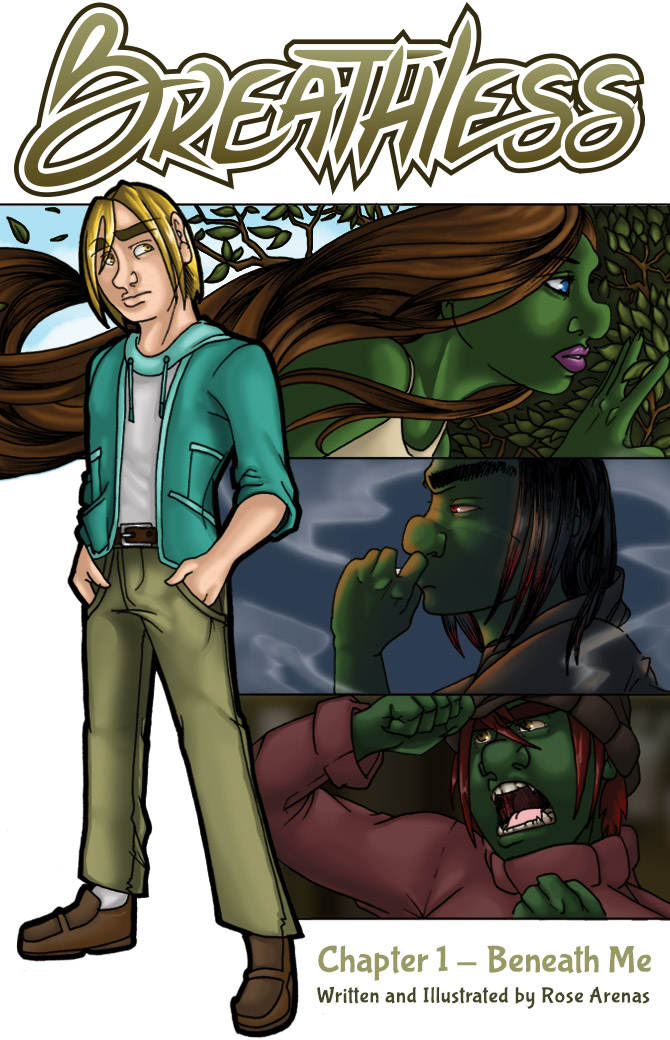 Hello New Reader, and Welcome to Breathless! I’m so happy you’re here and hope that you enjoy the story.
Breathless is a fantasy/action comic that tells the story of Jesse Williams, an average teenager with an unusual problem…he’s just found out that he has a twin brother and is a long-lost descendent of an ancient, powerful family. With a rag-tag band of followers who have sworn to protect him, it’s up to Jesse to find out the truth and save the world from falling into an ancient war.
Chapter 1 was re-written and re-drawn in its entirety in 2014, so you’ll notice a significant change in artwork quality from Chapter 1 to Chapter 2 (which was drawn in 2007). But fear not! Chapters 2-4 are in the process of being updated as well. The story will not change so you won’t be missing out on anything. Always keep an eye out for the “Recent Re-Do” tab to see the latest updates.
I hope you enjoy the story as much as I love telling it. And as always, THANK YOU FOR READING!.